Three deadly diseases that you can prevent with air filters 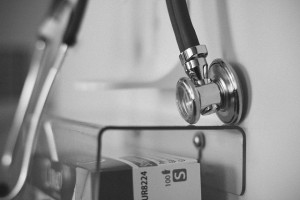 Air pollution is an unavoidable consequence of modern life. The enormous increase in the number of cars, trucks, other vehicles, and factories have resulted in more and more airborne pollutants. When these pollutants go unchecked, they can wreak havoc on our health, sometimes contributing to serious respiratory illnesses. In fact, as of March 2014, the World Health Organization (WHO) reports that around 7 million people have died prematurely as a result of air pollution, making it the single most dangerous environmental health risk. Using high-quality air filters in your HVAC system will help protect your throat and lungs from airborne pollutants that can cause health problems.  The following have been named as the top three health effects of indoor air pollution.

Stroke, the third-leading cause of death among Americans, is the most common disease that has been linked to indoor air pollution. A study published in the July 2008 issue of Annals of Neurology revealed a causal connection between particulate matter (particles released by factory smokestacks, vehicle exhaust, pollens, mold, soot, and other sources) and incidences of both ischemic stroke as well as transient ischemic attacks (TIA). TIA are also known as ‘mini-strokes’ and often lead to full ischemic strokes later. Even more disturbing is that the study was conducted in an area of relatively low air pollution, implying that homes in industrial areas are in even greater danger. Lead researcher Linda Lisabeth says, “The vast majority of the public is exposed to ambient air pollution at the levels observed in this community or greater every day, suggesting a potentially large public health impact.” Strokes are more common among the elderly, albeit people of all ages can experience them, including children.

Air pollution has also been shown to be a contributing factor in the development of ischaemic heart disease. The WHO confirms that heart disease is the number two most fatal disease caused by indoor air pollution. Getting rid of air pollution has been found to lower several major risk factors for heart disease. According to Dr. Clifford Bassett of Allergy and Asthma Care of New York, ‘just being exposed to air pollution can increase your heart rate, your blood pressure.’ Lowering your exposure to airborne particles also can also reduce inflammation and improve the health of the lining of the blood vessels. At least one study has also discovered that the use of air filters has a measurable effect on both inflammation and interior artery lining. According to Dr. Leroy Rabbini of New York Presbyterian Hospital, “Anything that we can do to improve the health of the inner lining of the arteries as well as to reduce inflammation will ultimately down the line lead to fewer heart attacks.”

According to the WHO, lung cancer causes 6% of deaths caused by indoor air pollution. Household dust has been found to contain toxic, cancer-causing chemicals of a surprising range and quantity. A study reported that 45 toxic chemicals were found in the dust of US households. What’s more, ten of these chemicals could be found in 90% of the homes tested. Since most of this dust collects on the ground, children are the most vulnerable members of the household. The study reports that the most common chemicals discovered were a variety of flame retardants, which are known to be linked with lung cancer and can have further effects on our nervous system.

These statistics are alarming. Vacuuming, dusting furniture, and washing your hands regularly can all help to remove the dust that is already collecting on the surfaces of your home. However, a high-quality air filter in your ventilation system is a good way you can help prevent indoor air pollution from becoming a health hazard to you and your family.

More importantly, these numbers are a call to action for companies worldwide. While regulations are in place, the companies should take it upon themselves to make sure that their production facilities are emitting the least possible amount of these airborne pollutants. They also need to secure the welfare of their employees – some facilities have gone the extra mile and had custom air filters installed. 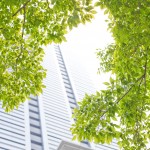 How Using a High-Quality Air Filter Can Reduce Energy Consumption

Top Reasons to Change your Air Filter this Winter