HVAC Risks Near You, and How an HVAC Filter Screen Helps 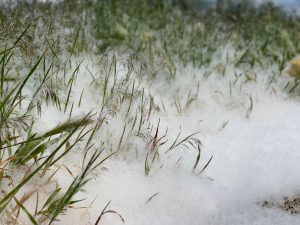 We’ve written quite a bit about the threats facing your rooftop HVAC units, which are exposed to debris and many natural elements. Those threats can make energy bills jump, cause repair costs to balloon, and equipment longevity to plummet. Many of those rooftop threats are universal, but others depend on where your building is located. Fortunately, an HVAC Filter Screen can offer protection. But which are the most significant HVAC risks facing you, and how can an HVAC Filter Screen protect your units?

Cottonwood is such a problem that some people refer to an HVAC Filter Screen as a Cottonwood screen. Even we use that term. We’ve written quite a bit about Cottonwood, including our earlier blog article: 6 Reasons Why You Need to Install Cottonwood Filter Screens Now. Cottonwood trees aren’t just massive, they’re massive headaches, as their white, fluffy seedlings are sucked into rooftop HVAC units and impair air flow, cut cooling capacity, reduce filter life, and increase energy, cleaning and repair costs. In addition to Cottonwood, seeds from other trees, such as Maples dropping their helicopters or whirlybirds, can also create big problems depending on your area.

Similar to Cottonwood, falling leaves can cause major HVAC blockage, especially when buildings are near forests or lower to the ground. Problems from falling and blowing leaves are, as you would expect, particularly pronounced in the fall, but can be a problem year round. Without an HVAC Filter Screen, all of those blowing leaves can be sucked right into the unit.

HVAC systems are always vulnerable to dust and debris, but the stronger the winds, the more quickly these can build up. Of course, hurricane-like winds can do far more damage to a building than kicking up dust, but winds don’t have to be that forceful to whip up plastic bags and paper, sand, pollen and other enemies of a hardworking HVAC unit. An effective HVAC Filter Screen, however, will intercept any wind-blowing garbage before it can enter the unit.

The soot from wild fires (and volcanoes) are not only harmful to the people breathing it in, but also nearby HVAC units. Moisture and gaseous emissions will not only create dirty coils, but corrosion (soot in particular has quite a lot of acidic compounds such as nitrogen oxides, sulfur dioxides and also black carbon). A superior HVAC Filter Screen can keep not only large contaminants (like garbage and leaves) out of your units, but also pollen and ash.

In some parts of the U.S., springtime brings the threat of golf ball-sized hail. Hail develops when rising air in a thunderstorm lifts water droplets high into the atmosphere, where temperatures are below freezing. The water is then turned into ice before falling back to earth, and plummeting your rooftop HVAC unit (along with everything else). Crashing hail can dent the delicate aluminum fins that allow air flow to reach the coils and assist with heat transfer. This can throw your entire HVAC system out of balance, dramatically reduce the unit’s cooling capacity, and require hefty repair bills. To guard against hail, we recommend another one of our products, HailStop® hail guard netting, which is a protective screen built to protect your equipment from even the most brutal hail storms. HailStop can be used in conjunction with the filter screen, for added HVAC fin and coil protection.

A Solution for All Areas: the PreVent® HVAC Filter Screen 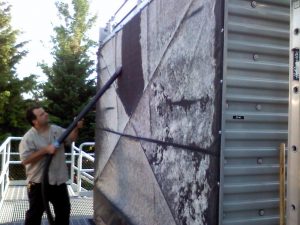 Although every region faces slightly different HVAC threats to be worried about, they have many things in common. First, debris from construction sites, trash, lawn clippings, farm fields, road traffic or insects can hurt HVAC units everywhere. Secondly, an HVAC Filter Screen can help. Permatron makes the finest HVAC Filter Screen available: the PreVent® air filter system. Our PreVent screens are customized to fit your equipment and can be secured simply and easily with our patented MagnaMount® earth magnets. These screens will stop debris from entering the system, and can be brushed clean. As a result, you can reduce your HVAC cleaning cost by more than 25%, and maintenance costs by up to 2/3. PreVent filters come with a five-year warranty, too. You’ll find PreVent filters are great additions to your HVAC system, no matter what part of the country you’re in.

Contact us to get started with the PreVent system. 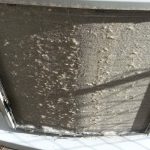 5 Ways HVAC Preventative Maintenance Can Save You Money 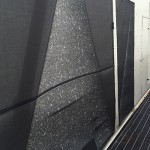